The National Alliance on Mental Health (NAMI) provides support, education, and advocacy for people with mental illness and their families. The organization began in the 1970s as a San Mateo grassroots movement and has since become a multi-million-dollar nonprofit with independently operating local chapters throughout the United States.

NAMI San Mateo County (NAMI SMC) approached Graybird for assistance with their marketing. While other local NAMI chapters in the Bay Area were attracting increasing amounts of donors, NAMI SMC was having difficulty competing for exposure and funding. We identified initial improvements and scoped a relatively short project to help NAMI SMC build a more modern website, develop stronger messaging for their audiences, and create a social media presence. 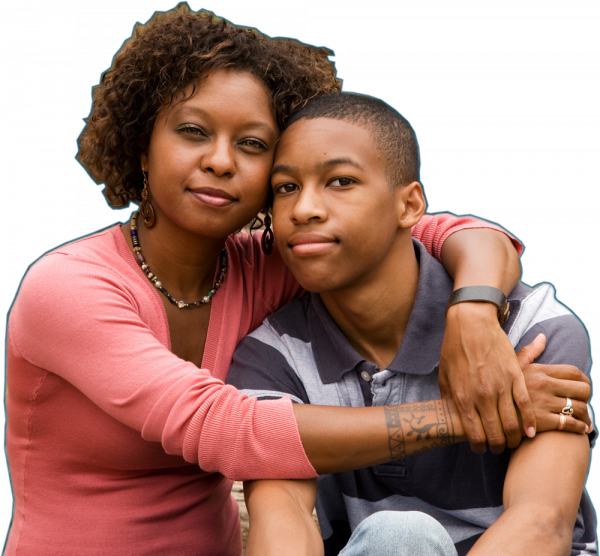 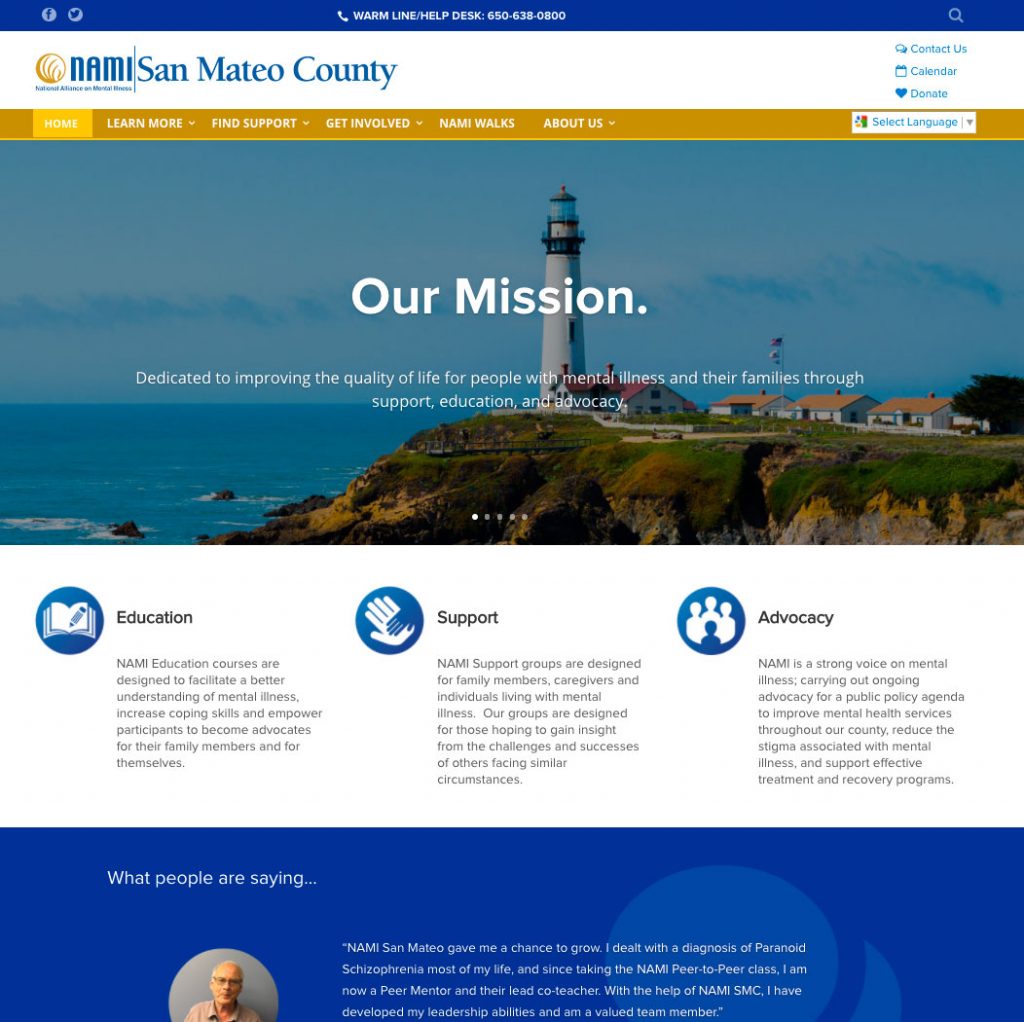 We believe that a highly functioning website can attract more supporters and better serve clients.

A great-looking website is most effective with compelling content that inspires visitors to take action. We began our project with NAMI SMC by working with them to write audience-specific messages for the home page. These messages are calls-to-action for their four main audiences: individuals with a mental health diagnosis, families of individuals with mental health concerns, the San Mateo County community, and donors. The big, bold calls-to-action are moving messages that immediately encourage website visitors to find support, get involved, and donate. 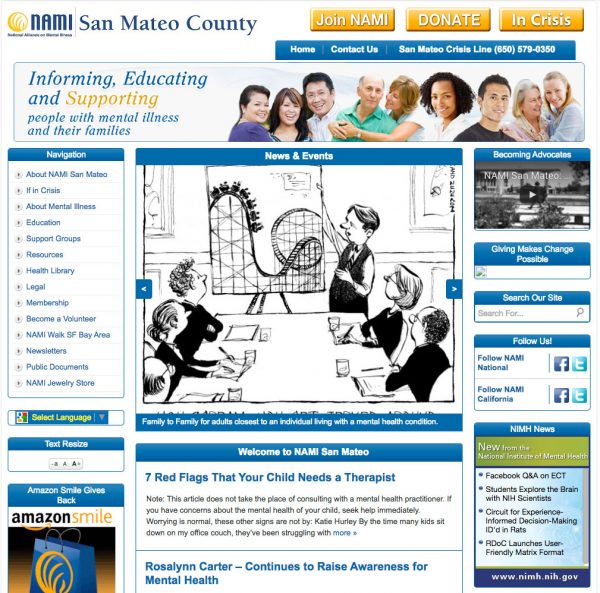 Graybird Foundation partnered with interactive design agency StoverPix to develop a new, more modern and easy-to-use NAMI San Mateo website. Working along side NAMI SMC, we reorganized the website content and developed a cleaner, more efficient navigation. The new website is more visually appealing and presents information in such a way as to attract additional supporters, clients, and donors.

The inexpensive power of social media is one of the most readily available marketing tools for any nonprofit. Graybird introduced Facebook and Twitter accounts to the NAMI SMC staff and trained them how to use those social media platforms. Our goal was to incrementally build a social media following that would allow clients and supporters of NAMI SMC to feel more in touch with the organization.

A New Presence for an Unheard Voice

For over 40 years, NAMI San Mateo County has worked tirelessly to provide hope, assistance and inclusion for people suffering from mental illness and their families in the community. The website update from Graybird Foundation is a small, yet important step in lending a voice to the organization that improves the lives of family, friends and neighbors who love and care for this very deserving segment of society. 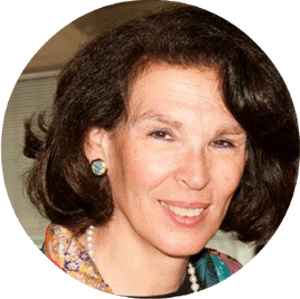 ​Graybird Foundation created a wonderful website to help us in our mission to attract more supporters. The namisanmateo.org site has more energy with the new client testimonial section, the calendar of events and compelling calls-to-actions.”